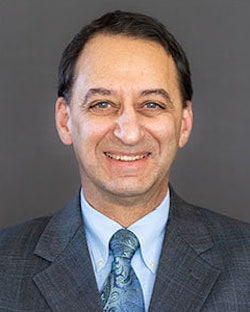 Michael C. Najjar has been litigating for over 30 years in multiple legal fields including personal injury, worker's compensation, divorce, criminal defense, zoning, social security, insurance coverage issues, and contract claims. His expertise in auto insurance and motor vehicle accidents has been recognized by the Massachusetts Academy of Trial Attorneys (MATA) for which he served as Chairperson of the Auto Section for many years. He has lectured and written on these topics several times for MCLE (Massachusetts Continuing Legal Education) and has testified frequently before the legislature, Division of Insurance, and Attorney General's office on motor vehicle insurance legislative and regulatory issues.

Mr. Najjar's experience includes trials in District and Superior Courts, appellate arguments at the Massachusetts Appeals Court and Supreme Judicial Court, and hearings before administrative bodies. His cases have ranged from death and severe injuries, such as construction accidents and medical mistakes, to negligence claims with modest injuries, from small home improvement contract disputes to business controversies involving hundreds of thousands of dollars, from drunk driving cases to sexual assault and battery. He brings a practicality, imaginativeness, and incisiveness to his cases which minimize excessive litigation and reach effective resolutions whenever possible. His trial expertise is evidenced by successful "snow and ice" injury verdicts, as well as verdicts for people who initially appeared to have caused their own injuries.

He has been asked to write several Amicus Curiae ("Friend of the Court") briefs for the Massachusetts Academy of Trial Attorneys on monumental cases. Additionally, he has drafted legislation to stop harmful insurance practices and has opposed legislation sponsored by insurance companies to cut benefits. In the last few years, Mr. Najjar has been involved in briefs that have preserved remedies for injured individuals. Golchin v. Liberty Mutual Insurance Co. held insurers' feet to the fire when they changed the meaning of language to cut medical benefits, even though customers already had already paid their premiums. The Supreme Judicial Court agreed with Mr. Najjar in Law v. Griffith and did not restrict Plaintiffs from presenting medical bills to the jury. In Sarkisian v. Concept Restaurants, Inc., the Court accepted his argument that allows people injured by hazards on business properties to prove the owner knew of the danger. Finally, in DiCarlo v. Suffolk Const. Co., Mr. Najjar's reasoning was applied by the Supreme Judicial Court to keep money in the pocket of injured workers.

Reflective of the respect he holds among his colleagues, at the request of the Lowell District Court and the Greater Lowell Bar Association, Mr. Najjar constructed and continues to coordinate a conciliation program in Lowell District Court. He also has served as a conciliator in the Superior Court for over twenty years. His ability to bring people together was proven when he was able to bring together the insurance industry and the MATA on recent legislation.

Massachusetts Academy of Trial Attorneys
Board of Governors

Honors
Contact Us
Practice Areas
Client Reviews
★★★★★
Marcotte Law firm has since handled a few other things for me not accident related. My experience continues to be fantastic. Perhaps their motto could be simply "No problem. I'll take care of it" because that's exactly what they do. Marguerite Riley
★★★★★
This team is of the utmost prestigious gentlemen I've come across! They handled my son's case as if it were their only. I recommend Marcottte Law Firm to anyone who is in need of an attorney. Robert Vogel
★★★★★
Mr. Marcotte and his staff are courteous and respectful, I've known Mr. Marcotte for over 25 years and I recommend him and his colleagues as the best lawyers in Lowell and Massachusetts area . God Bless them all. Minerva Martinez
★★★★★
Ken was very compassionate, professional and knowledgeable. He kept me informed throughout my case so I felt prepared and comfortable each time I had to appear in court. I would recommend Marcotte Law Firm without hesitation. Ronda Johnson
View More
Submit a Law Firm Client Review